You finally bit the bullet and signed your family up for their very first Turkey Trot race, or maybe you are all looking forward to yet another Turkey Trot in what has become a family tradition. Either way, you’re all set to go only to find out the race has been…CANCELLED! What now?

Have no fear! As tons of turkey trot races are cancelling across the country this year, there is still time to sign up for two of America’s largest virtual turkey trot races; the Revenge of the Birds Virtual 5K turkey trot or The Turkey Trot Virtual Challenge.

What is America’s Turkey Trot Run?

We say “America’s Turkey Trot” because the Turkey Trot is a long running American tradition. A turkey trot is generally a long-distance road race that takes place on Thanksgiving morning, hence the name. It is no surprise these races have become increasingly popular since they fall on a holiday morning, they are family friendly and many Americans have a strong affiliation for running.

The Dallas YMCA Turkey Trot and the Silicon Valley Turkey Trot are two of America’s Largest turkey trots with around 25,000 runners participating in each race. Even the Invesco QQQ ½ Marathon each Thanksgiving morning in Atlanta rakes in over 11,000 runners for one of America’s longest-distance turkey day races.

Though most of this year’s Thanksgiving races will look different for everyone, you and your family can still be a part of the festivities by participating in a virtual turkey trot. The best thing is that these races can be done at the same time, so it is like you are (almost) right in the middle of it all. Plus, you still get all the awesome swag like a four-inch spinner turkey trot medal.

History of the Turkey Trot Run

The Buffalo YMCA Turkey Trot holds the title of America’s oldest and longest-running Thanksgiving Day race. You could say the turkey trot concept began here in 1896 when six men set out to run the 8K race that cold morning. Only four would finish the race with Henry A. Allison claiming first place with a time of 00:31:12.

The YMCA Buffalo Turkey Trot still goes on today, but not without a few conflicts like the 2000 blizzard that dumped over two feet of snow just three days before the race. Additionally, the 1899 Buffalo team relinquished their victory to the Rochester team when it was discovered that John Coleman, of the Buffalo team, rode through part of the race on a wagon.

Cities adopted their own versions and distances for turkey trot races as the concept spread across America. For example, the Berwick, Pa. Run for the Diamonds Thanksgiving day race began in 1908 with just 13 runners and only cancelled twice due to World War I in 1918 and 1919. Named for its rewards, the top finishers of the Run for the Diamonds race literally win diamonds.

The Troy Turkey Trot commenced in 1916 as a memorial run for veterans with six runners and is now one of the largest Thanksgiving races. Likewise, the Manchester Road Race began in 1927 with 12 runners and was the brainchild of high school cross country captain, Francis “Duke” Haraburda. He placed second in the very first race.

Today’s turkey trot races are affordable, lively, family-friendly events where participants dress up as pilgrims, turkeys, and even pumpkin pies to “compete” in the race. There is lively entertainment and usually some delicious snacks afterwards. Some races even give finishers a whole apple pie to take home. It is pretty easy to see how these Thanksgiving runs are drawing in over a million participants all over the country.

Local charities often benefit from these Thanksgiving day races as some proceeds help to support needs of the communities. These popular holiday runs have become less about competition and more about the fun experience, giving back to the community, and kick-starting the holiday season.

It is unclear exactly when virtual races became so mainstream, but prior to national running meets, high school runners participated in a similar concept; racing on their own and submitting their times to the board. The Virtual Run Challenge has become a leading pioneer in the virtual realm, creating their first Turkey Trot Challenge, also known as America’s Turkey Trot Run, in 2018.

The ultimate goal of The Virtual Run Challenge is to fill every slot available for these races, give to charity and to become America’s largest virtual turkey trot run.

2020 Revenge of the Birds Turkey Trot

The 2020 Revenge of the Birds virtual turkey trot is a standard 5K this year. The idea is that the turkeys are taking back what is theirs and with that comes a stampede on the streets. You can run this race solo, dressed in your favorite Thanksgiving or autumn gear, or grab a group of friends to compete together (socially distanced, of course) and enter to win the “Biggest Flock” award.

Standard registration includes your finisher medal, Tyvek bib, t-shirt and running buff. The Biggest Flock winners will each receive a four-inch team patch. So, put on your best turkey costume, get the gang together, sync your watches and hit the road.

As noted, the Turkey Trot Challenge has been enhanced for 2020. It is now a 10-mile race broken down into two three-mile segments and two two-mile segments. Each segment represents a popular Thanksgiving dish and the corresponding miles to burn off the calories of that dish. For example, 3.5 ounces of turkey will require you to run just two miles, while one slice of pumpkin pie will require you run three miles.

Run all of your “food” segments together to complete the 10 total miles at once or split them up and run them at your convenience. Registration for the Turkey Trot Challenge includes a t-shirt, Tyvek race bib and finisher medal—food and mile correlations included. Seriously, is anyone else having a hard time getting over the fact that one cup of mashed potatoes requires three miles?

How does a virtual race work?

Simply choose your race and register here. Your race day packet will be mailed out to you a few weeks before the race is open. Choose the day and time you want to run and go for it! You can run your race anytime and anywhere. Yes, even on a treadmill, if you must!

How will my results be calculated?

You are responsible for keeping track of your own time. It is helpful to use a fitness tracker, smart watch or phone to record your time. You will also want to screenshot a picture of your final results. Then, you will log into the results page and post your time.

Does the race distance have to be completed all at one time?

No, the main goal is getting people out there reaping the benefits of running. Any skill level can participate and you can run the race at your own pace. If that requires multiple segments, so be it. Just make sure to record the times from each segment for proper results.

What are the rules for a virtual turkey trot?

The rules for a virtual turkey trot run are pretty lax with virtual running which is why these races appeal to so many people. If you want to bring your dog along for support, wear headphones blasting your tunes or even use your double-jogging stroller with two kids on board, you certainly won’t have other runners complaining about it. Your race packet will include all the necessary instructions. All you have to do is run, walk or jog.

When are finisher medals sent out?

Earning your medal is a part of the excitement of the virtual race. Because of this, medals are sent out after your results have been logged and verified. It can take up to three weeks after your race to receive your medal.

Yes, there is no age limit for participation, and children often receive a discounted registration fee. Again, the goal is to get people moving, and there is no better time for families to do it together than on holidays. With the weather cooling off, a virtual turkey trot with the family is an ideal way to spend time together outdoors while encouraging healthy habits.

The post appeared first on The Virtual Run Challenge. 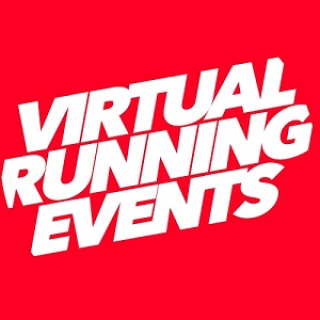